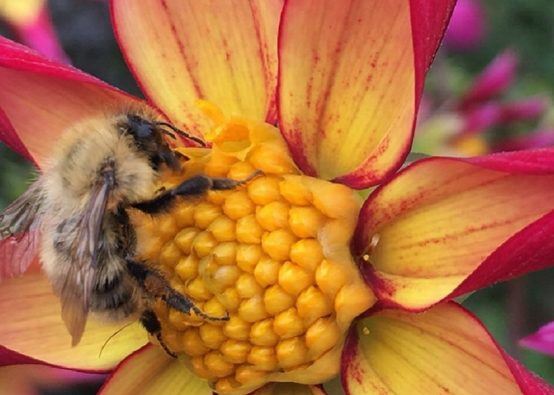 Recently, authorities around the UK and the government have been busy declaring a climate emergency, which we seriously hope includes the management of the breakdown of biodiversity and the probable 6th mass extinction we find ourselves in. Whilst we applaud this, we are concerned that since these declarations, life and business go on as usual, which surely cannot be the way forwards after being brave enough to declare an emergency?

Since 2008 when Incredible Edible first began in Todmorden, we have seen more than 100 places across the UK stand up and be brave whilst creating their own Incredible Edible groups. Groups come together mainly when neighbours, friends and communities connect whilst trying to find a different, kinder way to live their lives. Incredible Edible, whilst generally being focussed around food, and often growing, supports communities to find local solutions to the huge global problems of our time. Climate change, biodiversity breakdown, poverty, social justice and local economies are all issues worked on by many groups looking to support the creation of a kinder world. Through skill-sharing and full community involvement, Incredible Edible offers many places the opportunity to bring business, community and learning together to create communities that are not just connected, but are also able to make decisions co-productively, look after land, support social justice and ensure no one feels excluded. A community that is connected is stronger. It is empowered to explore and implement the changes needed to create a more resilient community; one which supports itself through troubles and finds solutions to crises.  A people focused, kinder place.

Of course, whilst Incredible Edible does this through the power of food, there are other communities focusing on different areas of sustainable living that are connecting in similar ways and creating the changes they want to see in their area. Whether the emphasis is housing, energy, food or local economies, all around the UK people are working on creating kinder, more connected communities and really creating change that supports whole villages, towns and cities. For them, business-as-usual has already been on hold for many years, as they have fought to find the solutions needed to create lives that support the planet, save its precious resources and allow us to live more lightly.

In recent years many people have joined the movement to live more sustainable lifestyles and whilst we acknowledge that the word sustainable is overused and often misunderstood, any attempt to live more lightly on our earth, be that through food growing, plastic reduction, recycling, using greener transport options, or the many other ways there are to live a lighter life, seems to be a step in the right direction. But there appears to be huge emphasis right now on personal change; not using single use plastic, cutting down on meat intake, etc. which, whilst they are all vital changes we all need to make, are limited in terms of their effect until the large organisations and corporations that support these issues too. But will they? And more importantly, will they, unless the first level of the change is made by local authorities and government in legislating for a more sustainable world?

So, what do we want to see from our authorities and our government? Well, how about creating a blueprint for a kinder future? Looking at what communities need to change and work out what that change might look like, creating legislation and policy to  make that change happen and then support communities to create that change. Resource people and support people rather than only supporting corporations.

So, what might that look like you ask? Well, let’s take the expansion of Bristol’s airport as an example. It’s believed the expansion will create around 4,000 jobs, but how about if instead of expanding the airport, which is in direct conflict with Bristol’s declaration of a climate emergency, the land was used to create sustainable, land based jobs and training. Farms, small producers, forestry and coppicing could all support a land based economy which would support the local economy and create jobs for local people. A land based training facility could support skill sharing & learning and the city could regenerate its local economy through an increase in Farmer’s Markets and local markets in its boroughs. The local authority could look favourably at planning using locally grown timber, and an increase in land based training would support more edible landscaping in the city, with the skills needed for both design and implementation being available. Local restaurants could source from the local growers, who, in turn, could run their own short distribution network, bringing orders into the city daily. Local shops would flourish, filled with locally grown and locally made products. Community kitchens could support small preparation of products for sale, creating micro-businesses in areas of the city where employment is hard to come by, with the local economy strengthened with the money being made in the city – and staying in the city.

Now that would take bravery! But the time for dreaming, whilst life continues as it did yesterday, is over. So, whilst we carry on with our Incredible actions, making change in our communities and making the world a kinder place, let’s campaign for legislation and demand change from the whole of society; from authorities, organisations and corporations to local groups and individuals. Because if that doesn’t happen, declaring a climate emergency will never be enough. 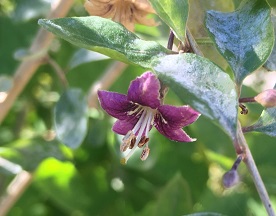 Supporting kindness in our communities