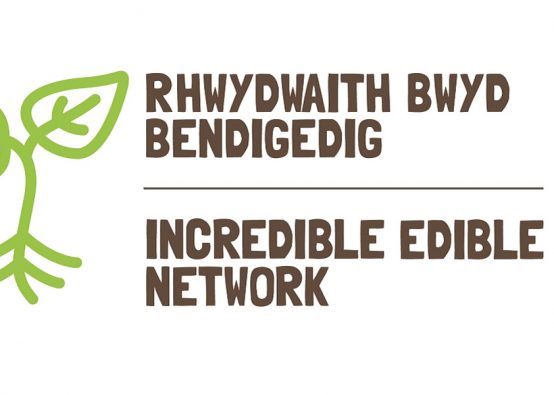 Incredible Edible is a worldwide movement, the message percolating into cultures from as far away as South Africa, Japan and Tahiti but a little closer to home in a place famous for its mountainous north and its valleys in the south, fabulous food including leeks, lamb and a strange curiosity called lava bread, lays the country of Wales.

To date there are 16 Incredible Edible groups in Wales and more bubbling under the surface.  Now that is something wonderful!  Welsh cultural lesson number one – Wales is officially bilingual, around 19% of its population speak Welsh as their first language, while more again use some Welsh in their daily communications and it is part of the Welsh identity, which if you have ever been to Wales you’ll know due to lots of information being in Welsh including place names and road signs.  It’s also one of Europe’s oldest languages.

Launching today, to help push the message further and make it available to a wider Welsh audience, we have translated our two key documents ‘Getting going’ and ‘Believe in the power of small actions’ into Welsh. They will be readily available on the website, just click the button on the right-hand side of the home page to download the files and share with your fellow Welsh speakers.

Welsh cultural lesson number two – there isn’t a proper translation of the words ‘Incredible Edible’ so some of the Welsh groups you might have already noticed, have also adopted a Welsh name that means something special to them.  For example, Incredible Edible Conwy uses Bwyd Bendigedig Conwy which means Wonderful or Blessed Food Conwy.  And like all good signposts in Wales, our Welsh groups can also have a bilingual logo, just let us know both names and give us a little time to create it.  Bendigedig!

Celia Williams, our Wales National Facilitator and lead at Bwyd Bendigedig Conwy/Incredible Edible Conwy, supports our Welsh groups – both new groups to set up and our existing groups to develop activities.  And we know that there’s nothing more special than a room full of Incredible people to generate learning, sharing and inspiration, so we’ll be holding an event for all our Wales groups in March 2019.  Celia will be sending out Connecting Communities event invites to our existing groups soon and if you’re thinking of setting up an Incredible Edible group in Wales, then get in touch and we can let you know the details as soon as they’re confirmed.

Let’s embrace Welsh Culture and say “Iechyd da” (good health, cheers, usually with a drink) and we’ll look forward to saying “Croeso/Welcome” to more groups from Wales or from where ever you are because the world of Incredible Edible knows no boundaries! 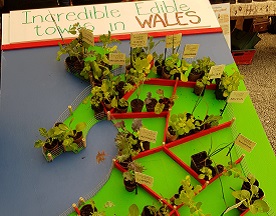 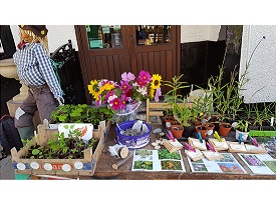