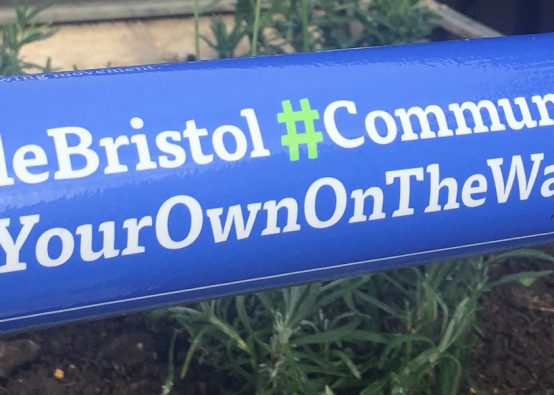 Across the UK and the world Incredible Edible groups are joining up with other organisations working in their communities to create some Incredible food-based projects.  Here we hear about what Incredible Edible Bristol have been doing to make some of the city’s train stations real community assets.

In 2015 Incredible Edible Bristol began a project with Severnside Community Rail Partnership, bringing edibles and pollinator rich planting to the line that connects Bristol’s Temple Meads station with stations across the city and out to the coast at Severn Beach. Severnside Community Rail Partnership supports the community aspect of the line, and helps communities, schools, young people’s organisations and others to access both the railway and the spaces around the railway. The project is called the Station Buffet.

Each railway station along the line has two beautifully made metal planters that are also bike racks for commuters to lock bikes to as they travel along the line. Working with local schools and community groups, Incredible Edible Bristol planted the containers with mixes of soft fruits and herbs and then began to hold a monthly work party on the line, where they travel to one or two stations each month to work with the community on the planters. This was so successful that they now work on all the planters along the line and are ensuring that there are both edibles and pollinator rich planting all along the line, which has always been a corridor for wildlife, hidden from, but close to, the centre of the bustling city.

Moving forwards into 2019, lots more is planned including a seasonal pollinator garden at one station, where there will be planting for pollinators from January to December in specially made containers, each of which will speak to a season. This planting not only gives folk a little something to take home or nibble on on the platform as they wait for their train, but supports a city-wide programme of planting that is supporting less anti-social behaviour and tagging across the city. A win-win for all! 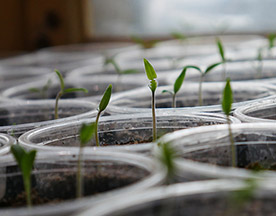 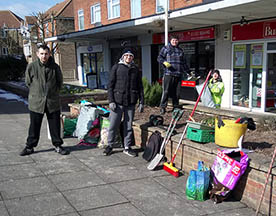 Demonstrating the three plates in synergy: the creation of Incredible Edible Oldhill