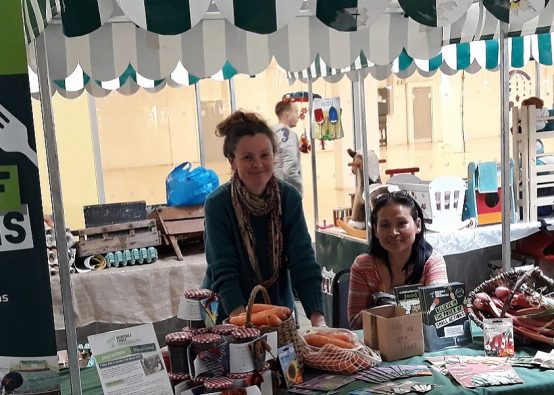 Martin Lewis is well known as the campaigning Money Saving Expert and is a graduate of the London School of Economics. He was back there this week and, in a series of talks called  #ShapeTheWorld,  said… there two types of people who come to London School of Economics : those who want to change the world and those who want to make s**t-load of money. LSE should teach the former finance, and the latter, the consequences of their actions.

We all know that we must be aware of our personal ecological footprints and that for the population of the planet to continue consuming as they are, there would need to be three and a half planet earths for us to consume from. Indeed, it’s calculated that for a population of 7 billion, 3.9 planets would be needed. With the suggestion that by 2050 we could have reached a population of 9 billion it is obvious that something really needs to change.

Whether we see it or not, in our daily lives, economics is a profound force nationally and globally. The Nobel prize winning economist Amartya Sen was a very small boy when a catastrophic famine hit his home in Bengal in the 1940’s. His work as an economist has been motivated by the deep quest to understand why people who starve are almost always close to food and that famine does not take hold usually because of failed harvests or lack of money, something more profound is at work. Understanding that is the true calling of economics.

Despite this being really very obvious, GDP (gross domestic profit) continues to be the way we look at the success and wealth of a country. Of course this looks only at wealth in terms of the size and health of a country’s economy and when this doesn’t increase we are deemed to be in recession. However, with the information that we have to stop consuming to stay within the boundaries of the earth’s resources, surely it is no longer possible to continue with this economic strategy as it’s obviously not sustainable for us or the planet. Already we see our human needs being seen as priority over the planet’s needs, the prime example of which are the huge forest fires not just in the Amazon, but across the global south, as more and more forest is destroyed to make space for the industrialised agriculture that we mostly rely on. Of course whilst the global north typically relies on this global, industrialised agricultural industry, in the global south we see the tradition of peasant farming continue, seeing local farmers supporting their families and communities with organically grown food that is grown with methods that support the local environment as well as the local population, understanding that food growing needs a healthy and biodiverse landscape in order to be healthy and nutritious. Whilst we throw chemical fertilizers and pesticides at the industrially produced crops, the peasant farmer looks after his crops by looking after his land, and focusing on the local community and it’s needs. He, or more often she, knows not to be greedy, or to try to overproduce, but to focus on using the land they steward well and with kindness, allowing it to look sfter them and their community, whereas the industrial farmer will grow as much as is possible in large quantities, growing the highest yielding crops, in both amount of crop grown and highest profits. The small farmer knows the people who eat his crops and feels a responsibility for the health of those crops, whereas the industrial farmer has little chance of meeting the final end consumer, knowing only the processing plant that his crop goes to.

But what has this to do with economics we hear you ask! Well, local, small scale, independent producers, farmers and markets introduce us all to not just healthier food, that’s grown agroecologically, and with nature at the core of all decisions made, but the farmer becomes a part of our community and we become a part of his. It becomes a circular economy where a whole lot of connection begins to take place. Communicating with their consumers gives the farmer the opportunity to communicate what is going on at the farm, what’s on it’s way to being ready to harvest, to grow with an understanding of the local need. If they are about to have a glut of something that can be communicated to local producers of jams or pickles or similar, and those people become a part of the local, circular economy. Being a part of a local market gives the farmer the opportunity to see what other producers are growing locally, and adjust his growing calendar to ensure there’s a wide range of produce available and that everyone isn’t just growing heritage tomatoes! It creates a community of producers who can share seeds, equipment and knowledge. It creates wealth in the understanding of a local economy that is supporting itself, is connected, healthy and concerned for it’s community.

And that brings us back to economics, now a science but originally about how the home was managed and focused on the household. If a member of your household is unwell, they won’t function properly and your entire household will be weakened. Of course you can choose to bring in a stranger to help in the short term but that person won’t understand the household, it’s foibles and how it works and will just appear with a set of ideals that may very well not work for your family. And so it is today, with supermarkets appearing everywhere and replacing markets and local shops, and effectively shutting down our local high streets. At no point did they set out to disrupt local economies but inevitably they have as we have become busier and busier and they have introduced us to a world where we can buy all we need under one roof. But of course what we need to ask is what do we really need? Whilst the convenience of a superstore can’t be argued with, the connections a local market gives supports so much more. Supporting the local helps the fight against isolation, supports well being, local farmers and producers, and connects communities in a way no global megastore ever could. Local, circular economies not only support local growers, makers and communities, but they also support kindness, community connectedness and a sense of belonging.

Is this really important? Well, we know GDP and growth are completely unsustainable. We know we only have one planet. We all understand there is a climate and biodiversity emergency, so isn’t turning our back on GDP and finding other data to focus on vital? Imagine a world where wealth was seen to be focused on the health of a place, how it treated the people who live there, the populations health and well being and where business focused on need not greed?

Wouldn’t that be Incredible? 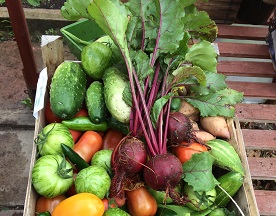 Asking for change-local food and you. 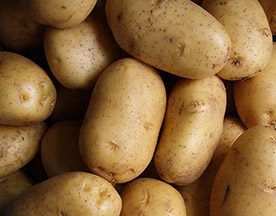