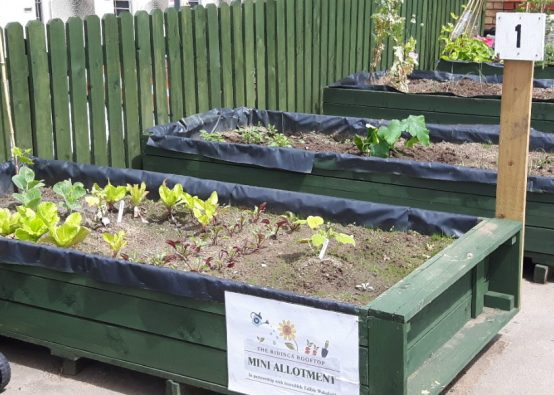 Setting up raised beds and propaganda gardens can be hard enough at ground level, never mind on the roof of a shopping centre. Or so thought Incredible Edible Wakefield, before they started working in partnership with the Ridings Centre in Wakefield, to create a wonderful rooftop allotment garden.

The group had originally heard a few mentions that the centre was interested in creating a space for local residents to have a go at growing their own food using the redundant space in between plant-room areas, at the rooftop car park level of the shopping centre.

Not immediately hearing back from an initial phone call, the group didn’t initially lose any sleep over it – moving building materials and tonnes of soil up three storeys to create raised beds and keeping them watered seemed like a lot of hard work for a group of volunteers to take on.

How wrong you can be!

When the Ridings Centre did eventually get in touch and the group met up with the Centre’s regional manager, Lee Appleton, they couldn’t have been more surprised.

The centre was so keen for the initiative to work they had already built eighteen raised beds, all made from recycled materials like pallets originally left by fit-out contractors and hauliers working on, or delivering to, the centre and they had already been filled with soil using a quad bike and trailer.

They had even built a 15 foot x 8 foot greenhouse from timber and polythene, again salvaged from around the Centre and which incorporated staging and shelving for plants.

Watering wasn’t a problem either; a large storage container, linked to the vast roof of the centre, collected rainwater and an outdoor tap and hose installed made sure that keeping the plants watered would be a synch.

Even finding people to use the space turned out to be easy!

Wakefield District Housing were keen to give residents living in local tower blocks the opportunity to have somewhere to meet socially and do some gardening and so kindly contacted all of their residents to advertise the initiative. Unsurprisingly, many of them jumped at the opportunity to be part of this incredible project.

Within a week of getting started, the regional news and local newspapers got hold of the story and the novelty value of growing on a shopping centre roof had pieces appearing on TV and in the papers, with even more volunteers turning up to get involved. So much so, that the centre decided to build another sixteen raised beds to accommodate all of the additional interest.

And it hasn’t stopped there! Not only has the Centre since provided signage, tool storage cabinets and patio furniture, so that volunteers had somewhere to socialise, but they are also funding Incredible Edible Wakefield to run weekly edible gardening clubs to help new to growers pick up some gardening skills as well.

With the commitment and enthusiasm of the Ridings Centre, an idea that initially sounded like too much hard work, has turned out to be the easiest propaganda garden Incredible Edible Wakefield will ever be involved in setting up. The lesson here for everyone is that the power of small actions, in this case picking up the phone just out of interest, can really turn ideas into reality. 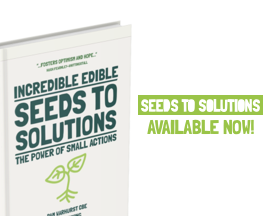 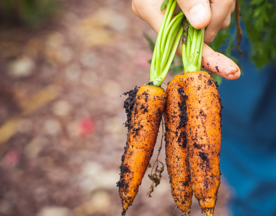 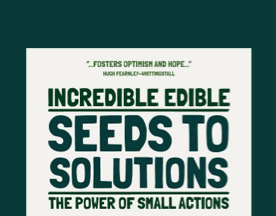 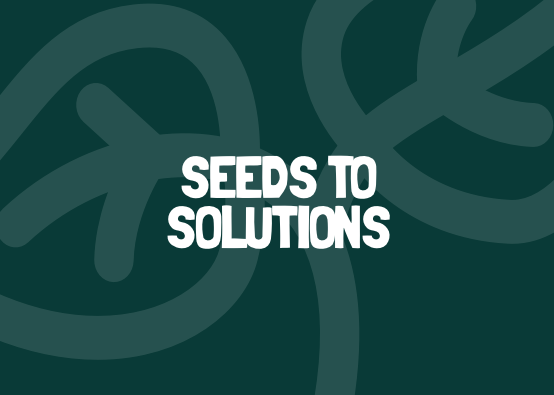 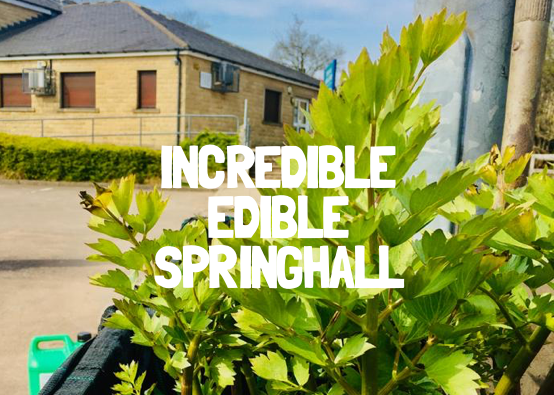 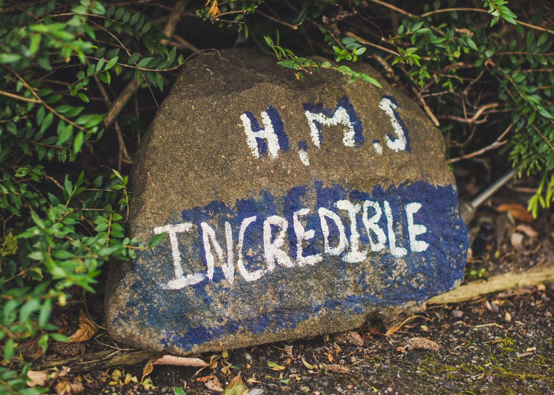