Zoom in
Zoom out
Report an issue

News from this group

Happy weekend everyone! What are you planning to do in your garden this weekend? I think I am going to sow all the seeds I can find 😍 Did you know we've got a new online newspaper in Barnet? The Barnet Post launched a few weeks ago and when I e-met the editor at a recent online meeting I offered them a monthly gardening article to help encourage as many brilliant Barnetians (and beyond) to grow more food this year. The first article was published this week so grab a cuppa and dig in to get some seed sowing inspiration https://barnetpost.co.uk/ready-steady-growReady, steady, grow! | Barnet Postbarnetpost.co.ukWendy Alcock, a trained horticulturist promoting food growing in Barnet and beyond, says it’s time to spring into action and sow some seeds.
Facebook | 8 March, 2021

This is really great to see. Natural England's first Pride in Nature event tomorrow morning will bring together partners from the environment, conservation and LGBT+ community. It’s free, and you’ll hopefully get a link to watch back later if you can’t be there for the live event, so do check out the deets below #PrideInNatureWe’re excited to host our first Pride in Nature online event on Wednesday 3 March. We believe it will show that the natural environment sector is a great place to be out and proud. 🏳️‍🌈 We'll be joined by interesting speakers from a whole host of organisations including Natural England, Gay Birders Club, British Trust for Ornithology, Ibis - international journal of avian science, Earthwatch, Sustrans, Agrespect and the National Trust. We’ve already had 250 people sign up to take part, so don’t leave it too late to register for your free ticket: https://www.eventbrite.co.uk/e/pride-in-nature-tickets-138929234079 #PrideInNature
Facebook | 8 March, 2021

If you're free tomorrow eve our super sister Incredible Edible Lambeth have this fab sounding event about how can we improve food security and resilience. And you'll even get to hear from Pam Warhurst, one of the incredible women who founded Incredible Edible. More info and sign up deets in the link below 👇Lambeth Food Stories: 2021, the state of our foodwww.eventbrite.co.ukOne year on, how food resilient have we become? We take a look at what the pandemic has taught us and launch a new food mapping tool..
Facebook | 8 March, 2021

The lovely folk at the NW7hub in Mill Hill are crowdfunding for a new outdoor classroom for community activities. They already run a library, food bank, container garden, and in normal times a café and gallery, but they’re hoping to add an outdoor space for community events during 2021 and beyond. If you have a couple of ££ to spare they would be super grateful for your pledge of support. In fact, the pledge bit is really important because they need to show local people are behind them. So let’s get behind them and please share will anyone you know who likes all things outdoors 😍 Link below 👇 https://www.spacehive.com/nw7huboutdoorclassroom
Facebook | 8 March, 2021

Do you know what you're growing this year? I've planned what I want to grow in my home garden but the community garden usually ends up a bit of a surprise because we plant whatever (edible) plants we're donated. If you're still deciding what to grow it's time to dig your seeds out from the shed or spare room and sort through the good from the bad. Ok, no seed is bad but some may be past their best and this delightful poem written by Lawrence D Hills (founder of the Henry Doubleday Research Association, now Garden Organic) in 1963 will help you on your way. 🌱🌱🌱🌱🌱🌱🌱🌱🌱🌱🌱🌱 You have in your drawer since Candlemas Day All the seed packets you daren't throw away Seed Catalogue cometh as year it doth end, But look in ye drawer before money you spend. Throw out ye Parsnip, 'tis no good next year, And Scorzonera if there's any there, For these have a life that is gone with ye wynde Unlike all ye seeds of ye cabbagy kinde. Broccoli, Cauliflower, Sprouts, Cabbage and Kale, Live long like a farmer who knoweth good ale: Three years for certain, maybe five or four, To sow in their seasons they stay in ye drawer. Kohl-Rabi lasts with them and so does Pei-Tsai, The winter 'cos-lettuce' to sow in July, But short is the life of ye Turneps and Swedes Sow next year only, enough for your needs. Mustard and Cress for when salads come round, Sows for three seasons so buy half a pound, Radish lasts four years, both round ones and long, Sown thinly and often they're never too strong. Last year's left Lettuce sows three summers more, And Beetroot and Spinach-beet easily four, But ordinary Spinach, both prickly and round, Hath one summer left before gaps waste ye ground. Leeks sow three Aprils and one hath gone past, And this is as long as ye Carrot will last, Onion seed keeps till four years have flown by, But sets are so easy and dodge onion-fly. Store Marrows and Cucumbers, best when they're old, Full seven summers' sowings a packet can hold. Six hath ye Celery that needs a frost to taste, So hath Celeriac before it goes to waste. Broad Beans, French ones, Runners, sown in May, Each hath a sowing left before you throw away, And short Peas, tall Peas, fast ones and slow. Parsley and Salsify have one more spring to sow. Then fillen ye form that your seedsman doth send, For novelties plentie, there's money to spend, Good seed and good horses are worth the expense, So pay them your poundies as I paid my pence. 🌱🌱🌱🌱🌱🌱🌱🌱🌱🌱🌱🌱
Facebook | 8 March, 2021

Who's taking part in the #BigGardenBirdWatch this weekend? I'm not very good at bird ID but will be doing my best to spot some flying friends in my back garden. 🦆🦅🦉🐦🦆🦅🦉🐦🦆🦅🦉🐦🦆🦅🦉🐦 I may also have tried RSPB England's 'Which garden bird are you quiz' and I think the result is quite apt. Which bird are you? 🦆🦅🦉🐦🦆🦅🦉🐦🦆🦅🦉🐦🦆🦅🦉🐦 Find out, and get more info about the watch, at https://www.rspb.org.uk/get-involved/activities/birdwatch/which-garden-bird-are-you/
Facebook | 8 March, 2021

Want to know more about hunting for herbs at different times of the year? Look no further Hackney Herbal have you covered 🌱🍃Looking to get herbal this year?🍂 Enjoying Herbs Through the Seasons - this Thursday we are doing a free talk hosted by the lovely folks of Grow, Hackney looking at the seasonality of herbs. The session will go over the yearly calendar for what you can expect to find growing in wild spaces. We will discuss how to mindfully harvest herbs when they are at their seasonal best and give you some tips for how to harness their goodness. Join Nat on Thursday 28th Jan, 7-8.30pm. Sign up here: https://www.growhackney.co.uk/events/herbs-throughout-the-season-online-workshop
Facebook | 8 March, 2021 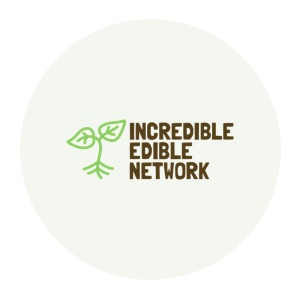